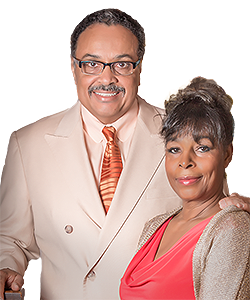 History of the Mustard Seed Advent
Derek West from his birth in 1956 was raised in a SDA home and SDA cultures. He was always keenly interested in Bible theology; in fact, at the tender age 10 he remembers sitting alongside his mother and deliberating with Jehovah’s Witnesses who would visit their home in the housing projects. Years later, at age 22, He was introduced to the Shepherd’s Rod message after finishing His BA degree in economics at the University of Pittsburgh. Resultantly, he joined under the leadership of MJ Bingham and was a field representative for Bashan for two years. In October, 1980, he met Vinnette Moore who was a devout Adventist vacationing in Florida from England. In November, 1981, after a ceremony in an Anglican church in England, she became Vinnette West. After settling in Pittsburgh and blessed with four children, little did they realize then that their home would become the Lord’s mustard seed, the beginning of His kingdom. In 1994 Derek began to make public many of the gems of truth which the Lord had been revealing to him.

In 2005 Derek launched himself full-time into his work for the Lord. Since then the ministry has erupted with electronic letters sent out, with seminars, visits and broadcasted audio studies. The mission of this ministry is to, by the impetus of Bible light, grow the Lord’s mustard seed Kingdom and to communicate His Testimony in a plain and understandable light.

“The kingdom of heaven is like to a grain of mustard seed, which a man took, and sowed in his field: Which indeed is the least of all seeds: but when it is grown, it is the greatest among herbs, and becometh a tree, so that the birds of the air come and lodge in the branches thereof.”
– Matt 13:31& 32